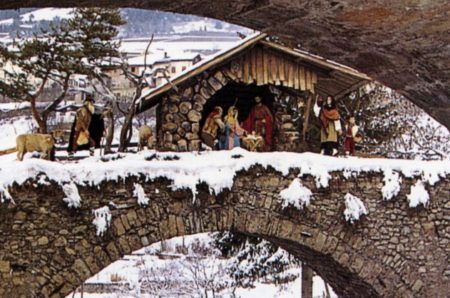 Since 1965 the tradition of making Christmas cribs in Tesero has interweaved with that of the association and of its full-scale Christmas crib fitted for the first time on 23rd December on the Medieval bridge, which towers above the Stava stream.

The big Christmas crib of Tesero

Until 1971, the Christmas crib has been built in that location.

It was composed of a simple hovel placed in an alpine environment, overtopped by a big star and placed beside a majestic fir, which was near the bridge and has already decorated and illuminated for some years, during Christmas.

There were seven figures: the Christ child, Mary, Joseph, two shepherds, a woman and a boy with head and hands made of painted wood and with clothes and poses, which reminded the statuettes of the local Christmas cribs. 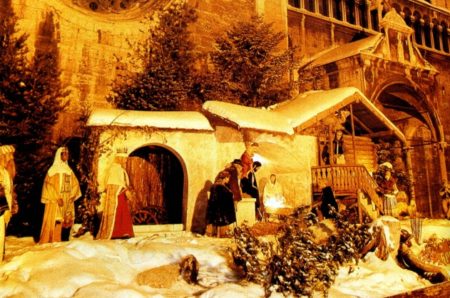 There were two embalmed sheeps too and you could see barely the ox and the donkey in the hovel. Then, new figures were added, first of all, already in 1966, the Magi. Starting from 1972, both for safety measures and for logistical simplicity, they preferred to move the place of the Christmas crib from the Medieval bridge to Cesare Battisti square, the main square in Tesero, where it is also now. In 1981, there was the first important move of the whole big Christmas crib that, during the event "Artenatale", was 'landed' to the regional capital and put on in the Dome square in Trent. In the meantime, the hovel of the first Christmas crib was replaced with a more elaborate construction, which reproduced faithfully a typical house of the Fiemme valley.
Since then, three new layouts alternated to be the setting of the big Christmas crib. One of them, particularly evocative, does not look like a typical Christmas country house, but presented figures wearing middle-eastern clothes in an imposing cave. 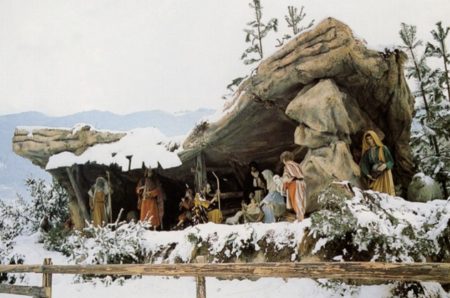 On 19th July 1985, a mudslide caused by the sinking of two rubbish dumps serving the Prestavèl mine swept away the Stava valley, killing 268 people.
After some weeks during which people in Tesero were deeply shaken up, the first works to guarantee the safety of the struck areas and to restore the environment started. Thinking of Christmas, after such a misfortune, seemed the least of worries.
Moreover, the most part of material used to set the Christmas crib was destroyed. The statues, which were away when the disaster occurred, saved fortunately. Yet, an unexpected event permitted the building of a new Christmas crib. Listeners and televiewers of Bavarian Radio TV, in Germany, collected money to use in Tesero for a prompt rebuilding of something useful for all the people. 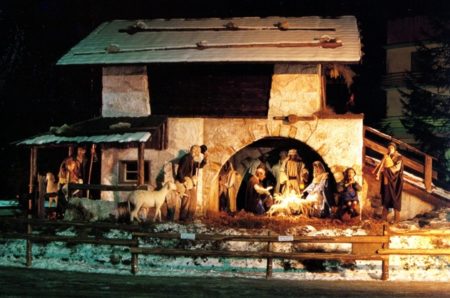 Doctor Josef Othmar Zöller came in Tesero on behalf of the Radio TV station and, having known of the loss of material necessary to the reconstruction of the Christmas crib, suggested the sponsorship for a new structure. The construction of the new big Christmas crib during 1985 Christmas acquired a particular meaning: it became a symbol of solidarity and a stimulus to look to the future.

Since then, the crib is placed each year in the main square of Tesero.

The association
The cribs of Tesero
Exhibitions
The tradition 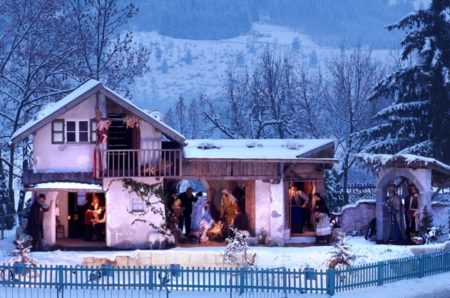